Plastic Busters project has been presented in a cartoon version in the sticker album “Amici Cucciolotti”  edited by Pizzardi Editore.

“To raise enjoying” is the motto of Pizzardi Editore, which is based on the awareness of the great educational value of the game. During the game, the child is favorably receptive and open to the acquisition of values and positive behavior patterns and ethically correct.

threat in the Mediterranean Sea. The “Amici Cucciolotti” is widely distributed in Italy  and it could be an instument to rise awareness on the marine litter topic in young generations and their family. 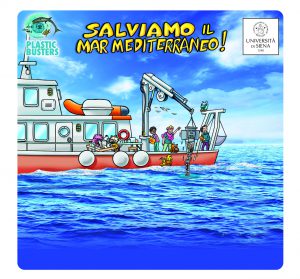